"I was initially wary about starting CrossFit...." 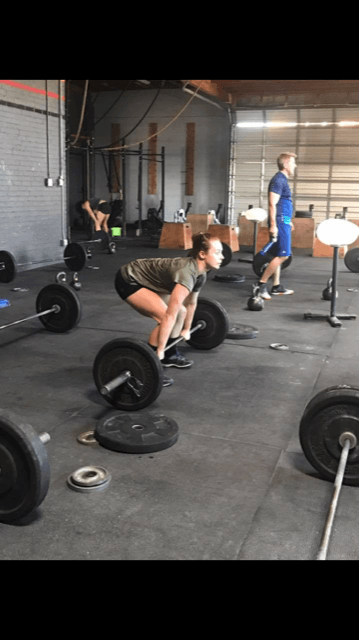 As a past gymnast, I’d been looking for a way to exercise that would be challenging and hopefully more exciting than sitting numbly on a stationary bike. I was initially wary about starting CrossFit due to a shoulder injury left over from my gymnastics days, but figured I would give it a go anyway. On day one, I made sure to let the coaches know about my shoulder, noting how on a good day I could raise it all the way above my head without it dislocating. They said that was no problem whatsoever. Before every class, a coach would check in with me about the movements, providing suitable alternatives that would be equally as intense as the what the WOD called for, while ensuring the stability of my arm.
Initially, I was nervous about to holding weights over my head or hanging from a bar, which was still a bitter pill to swallow given how much physicality meant to my sense of self. So imagine my surprise when, just a few months later, I started doing kipping pull-ups, overhead squats and snatches.
I started CrossFit a little over a year ago, with the aim of finding a nearby gym and getting in a good workout every now and again. What I found was an incredible, vibrant community, along with the support and training that has enabled me to move my body in ways I thought were no longer feasible. I’m not saying that CrossFit is a substitute for physical therapy, or that it single-handedly fixed my shoulder. The point I want to convey is that this is a place where, if you truly put in the work, you can overcome the physical and mental limitations we often unknowingly place upon ourselves. Thank you, Purgatory, for helping me to move freely and fearlessly again.